Fighting for Your Freedom and Your Future Schedule a Free Consultation 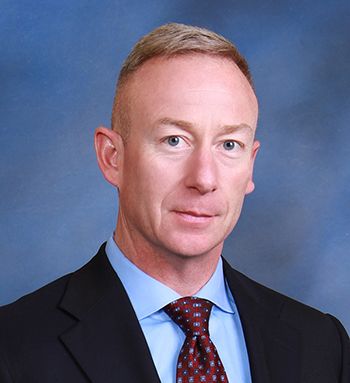 Michael C. Sprano is a skilled and experienced criminal defense lawyer in Fairfax Virginia. Over thirty jury trials, hundreds of bench trials, and thousands of well-defended criminal cases. Attorney Sprano got his first courtroom experience as a dedicated young public defender in Fairfax. Since moving into private practice he has continued to focus exclusively on criminal defense law, representing people in courthouses throughout Northern Virginia charged with all types of felony and misdemeanor crimes – including shoplifting, domestic violence, drug charges, child pornography, and sex crimes.

After graduating Summa Cum Laude from Miami University (OH) with a double major in History and Political Science, Attorney Mike Sprano began his legal studies at The Washington and Lee University School of Law. While in law school, Mr. Sprano's course load included a heavy emphasis on criminal and constitutional law classes. He also spent a summer interning for the United States Attorney's Office in Baltimore, Maryland. As a third-year law student, he dedicated himself to service in a criminal defense law clinic assisting Virginia trial lawyers in the defense of Capital Murder cases. After graduating from law school in 1998, Mr. Sprano spent one year as a law clerk on the D.C. Court of Appeals, where he researched and wrote draft judicial opinions, mainly in criminal law cases.

Mr. Sprano's courtroom experience began with the Fairfax County Public Defender's Office in 1999. He started out concentrating mostly on Juvenile criminal defense and Domestic Violence cases, before moving up to serious Violent Felonies, Larceny, Drug Crimes, and Sex Crimes. From 2002 to 2008, he was a managing and founding partner in the Fairfax criminal defense firm of Lopez, Meleen & Sprano, PLC., focusing exclusively on criminal and traffic defense throughout all of the state and federal courts in Northern Virginia.

While no attorney can win every case, Mr. Sprano has won more than his fair share of difficult cases over the years. His clients have been found Not Guilty in jury trials even in cases involving DNA evidence, taped confessions, co-defendants' snitching, and eyewitness identification. When the evidence makes going to trial inadvisable, Attorney Sprano has often had great success negotiating favorable plea deals for his clients. Over the years he has earned the respect of prosecutors not only for his skill in the courtroom but also for his integrity, professionalism and reasonableness.

When you are charged with a crime and your life and liberty are in the balance, nothing matters more than the confidence you have in the skill and ability of your criminal defense lawyer. Choose a lawyer who knows how to win. Contact Attorney Mike Sprano today.

Allow me to utilize my insight to lead you through the case.